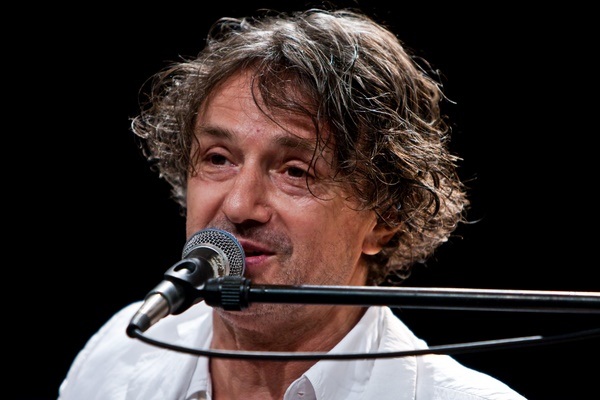 Throughout his 40-years long career, the Yugoslavian performer Goran Bregovic has produced numerous hits and wrote a great deal of music for popular movies. Goran Bregovic’s show will turn your celebration into a unique and memorable event!  “I grew up in a neighbourhood in Sarajevo where time was measured by the bells of the catholic church nearby, by those of the orthodox church and by the muezzin’s prayer invocations. Since then all my life and all my music have been marked by the wealth of these different chants. My wish is that this privilege be a natural right for all children. May these three letters be my invocation for peace, and may it be heard.” Goran Bregović

With more than 12 years of event industry experience working with pro event planners and major talent agencies and managements, we can successfully hire Goran Bregovic for a event, corporate entertainment, private party or wedding ect .

BnMusic makes it easy to book Goran Bregovic or any other artist for your corporate and private event or a wedding. Our event producer will get in touch with Goran Bregovic representative upon your request and provide you with all the information related to the potential performance at your event in a short time.

Wondering how to book Goran Bregovic?

BnMusic talent booker will be happy to help you to get Goran Bregovic availability, terms and conditions, or suggest any other artist, band or celebrity you may want for your corporate event, private party, wedding or birthday party. BnMusic will help you get the best price for any entertainer or celebrity for your event.

BnMusic negotiates on behalf of professional event planners and talent buyers for paid appearances! We cannot provide any direct contact information for Goran Bregovic agent. Goran Bregovic manager and agent will only accept a complete and funded performance offer and consider your event.